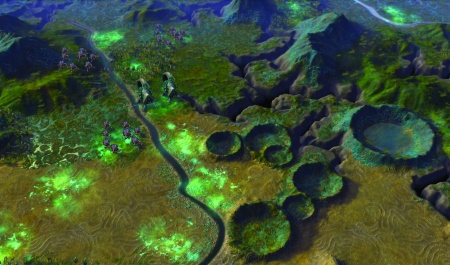 The world of Sid Meier’s Civilization: Beyond Earth is populated by a variety of alien lifeforms, which can be either passive or aggressive.

The alien lifeforms in Beyond Earth range can be either passive or aggressive depending on the way humanity interacts with them. An aggressive interaction with the aliens will result in an aggressive alien incursion, where the aliens will attack unprovoked. Treating the aliens passively, however, will result in a more peaceful coexistence with the lifeforms. The aliens have several unique units which will quickly overwhelm most forces, but can be passively interacted with a in a positive manner. These units are noted below: